__On Oct. 10, 2012, President Runte released the Report (with appendices) of Carleton’s Commission on Inter-Cultural, Inter-Religious and Inter-Racial Relations on Campus. 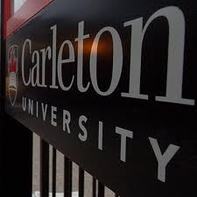 The Report rightly acknowledges Aboriginal peoples’ marginalization on campus, but it ignores the problems other racialized groups face, and focuses primarily on a small fraction of Jewish students and employees.  This selectivity of focus and response suggests that the Report is not the neutral, inclusive document it purports to be.  Closer examination of the Report and how it was produced confirm the opposite: that it is a partisan intervention.

Low Response Rates: Only 11.6% of the 13,000 students contacted for the survey actually responded.  Employee response rates (30.4%) were also low.  Such low response rates increase the risk that respondents are not a representative sample of their respective groups.

Biased Selection of Groups for Further Study: The Commission’s Report singles out Jews and Aboriginal peoples as groups less satisfied with Carleton’s general climate of respect and with relations between religions on campus, but Appendix C and the “Preliminary Survey Results” provide only some of the data that would allow independent assessment of these conclusions.  Apparently, three quarters of the 28 Jewish students who responded to the initial survey reported positively about respect at Carleton.  Though this was a slightly lower than average proportion, the difference involved is not statistically significant according to the Commission’s March 9, 2011 meeting minutes.  When employees were differentiated by religion, Muslims reported the lowest levels of respect within their departments and the highest incidence of disrespectful treatment on campus during the past year, but their concerns were not deemed worthy of follow-up.  Given its “inter-racial” mandate, the Report curiously disregards reports of disrespect from many Korean (38%), West Asian (33%), Chinese (30%) and other visible minority students.  In short, the Report’s selectively presented statistics do not explain why follow-up was limited to Jews, and suggest that core principles of social science methodology were disregarded.

Biased Sampling and Leading Questions in Follow-Up Survey:  According to a member of the Commission who participated in the follow-up survey of the “Jewish experience at Carleton”, respondents were recruited through Hillel and similar groups, which distributed an electronic questionnaire link to their memberships.   Using pro-Israel organizations’ contact lists to administer this survey amounts to ideological screening of the respondents, one that would select for those who “experience” criticism of Israel as anti-Semitic.  Furthermore, the survey questions shown on slides 5-10 of Appendix E are leading and strongly elicit negative responses, e.g.“I feel disrespected as a Jew on Campus;” “Dropped a course because the professor was disrespectful to Jews,” and “Avoid coming to Carleton if you are Jewish”.  Such questions are clearly loaded in comparison to the more neutrally-worded questions of the initial survey such as “During classes, students generally demonstrate respect for the rights of other students” and “At campus events, students generally respect the rights of others”.  Biased sampling and these leading questions combine to render the results of this survey worthless as research.

Conflating Criticism of Israel with Anti-Semitism

The Report reveals its political agenda when it allies itself with the ad-hoc Canadian Parliamentary Coalition to Combat Anti-Semitism, which explicitly equates criticism of Israel with anti-Semitism (p. 5, Appendix D).  This conflation has no logical or legal validity: it attempts to silence debate by equating criticism of a state’s actions, policies and laws with racist hate speech.  This tactic aims to put Israel's critics on the defensive, obliging them to show that they are not anti-Semites. This they typically do by truthfully noting that they are motivated by a concern for Palestinian rights and well-being, and by observing that Jews are amongst the foremost critics of Israel.  Instead of asking those who repeatedly accuse others of anti-Semitism to assume the burden of proof, however, the Report is content to validate their “perceptions”:  “The university community must acknowledge that some anti-Israel politics, activities and sentiments which occur on the Carleton campus are perceived as anti-Semitic, thus contributing to Jewish members of the Carleton community feeling less positive about the climate of respect at the university.” (p. 8, see also 5, 7).  The Report could have evaluated these perceptions against investigated and confirmed incidents of harassment, and shown procedural fairness by allowing those implicitly accused to speak in their own defense.  Instead, it takes their guilt as established to advance its main purpose: silencing criticism of Israel.  It is a matter of grave concern that Carleton’s Equity Services staff could participate in an exercise that so blithely disregards principles of fundamental justice.

The Report concludes with useful measures to address Aboriginal exclusion but announces others that are unacceptable.  A proposed policy to permit room booking only for purposes that conform with the Report’s understanding of “social inclusion” (p. 10) will be selectively used to silence debates.  The proposed creation of a Jewish Issues Committee (p. 10) will continue the preferential treatment revealed in the Commission’s biased “research” procedures.  Another serious concern is the suggestion that academic freedom needs to be “balanced” against “respecting the rights and beliefs of others in all aspects of the university experience” (p. 4).  Given the Report’s validation of “perceived” anti-Semitism as equivalent to the real thing, this can only mean that even the most factual of arguments will be silenced if the administration deems them insufficiently “respectful” of others’ beliefs.  This is a clear announcement of intent to violate academic freedom.  To follow up on its unsubstantiated allegation that faculty critics of Israel impose their views on students in classes (p. 4), the Report proposes that Article 15.2 of the CUASA collective agreement be reproduced on all course syllabi at Carleton, and that “a new, clear mechanism for students who wish to raise concerns about academic responsibility and ethics” (p. 9) be developed and publicized.  This provocatively opens the door to student monitors in classes and endless debates about “balance” in the curriculum, to name only the most foreseeable possibilities.  In so doing, it violates Article 4.1 of the CUASA collective agreement, which guarantees that a faculty member has “freedom in carrying out teaching and in discussing his/her subject” and “freedom from institutional censorship”.

We, the undersigned, reject the biased investigations and procedures that underwrite this Report and its attempts to suppress debate and academic freedom.  We demand that our freedoms to inquire, speak, debate, teach, associate and organize on this campus be fully respected.  Finally, we demand that the Report be withdrawn, in view of its faulty methodology and manifest failure to treat equitably the concerns of all cultural, religious and racialized groups at Carleton.

Suha Diab, Ph.D. Candidate, School of Public Policy and Administration in Collaboration with the Institute of Political Economy, Carleton University

Cynthia Cotton, Ph.D. Student in the Department of Sociology and Anthropology, Carleton University

Donald Beecher, Chancellor's Professor and Professor in the Department of English, Carleton University

Fatma El-Mehelmy, Carleton Donor and Founder of the Carleton Centre for the Study of Islam


Concerned Members of the Wider Community

Rosemary Satigh, Lecturer at the Center for Arab and Middle East Studies, American University of Beirut

Carol Tator, Contract Faculty in the Department of Anthropology at York University and Researcher on Race and Racism in Canadian Society

Rand Carter, Professor of the History of Art, Hamilton College